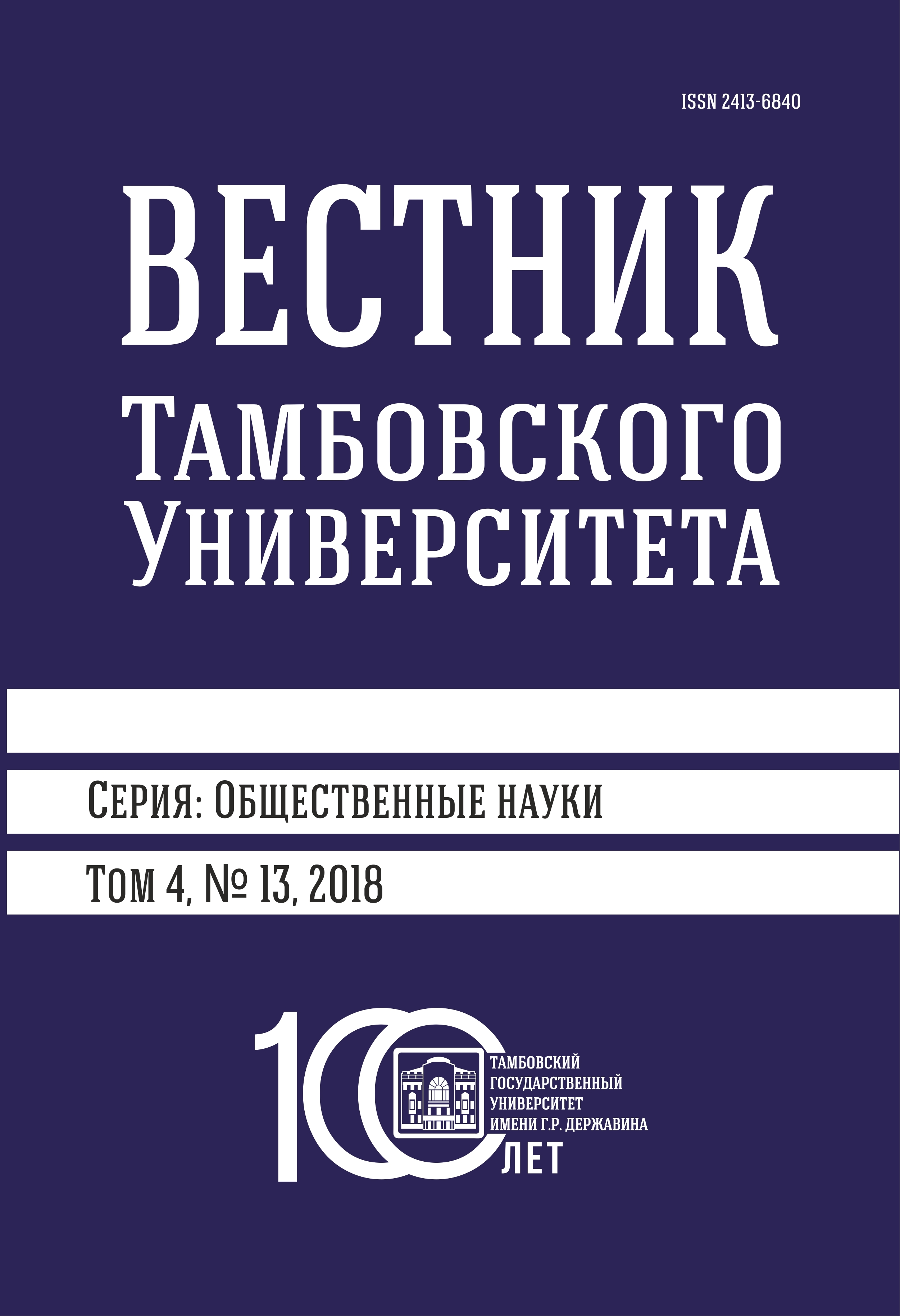 The establisher, publisher, is editorial of the journal – Tambov State University named after G.R. Derzhavin.

The journal is registered by the Federal Service for Supervision of Communications, Information Technologies (Roskomnadzor). The mass media registration certificate is ПИ № ФС77-70576 from 25 July 2017.

4 issues come out in a year.

Journal is added in the catalogue of agency JSC “Rospechat”, subscription index 80301.

General instruction on formation and publishing the scientific journal is implemented by the editorial board with the editor-in-chief. Editor-in-chief of the journal – Doctor of Philosophy, Professor Irina Vladimirovna Naletova.

Themes of the journal. Every issue presents different rubrics, most of them are focused on modern problems of sociology, philosophy and psychology:

“Social and cultural problems of the modern world”;

“Personality and its interactions”;

“Questions of theory and methodology”;

The journal publishes the articles having scientific and practical value for academic society. Original articles, reviews, survey, information about scientific forums are published in the journal.

The preference is given to the scientific-research works containing new results of the theoretical and applied researches within the journal’s headings. The editorial welcomes the reviews containing the analysis of the modern foreign publications allowing assess the condition of the considered article.

All the articles accepted by the editorial must be reviewed. You can get acquainted with the requirements for execution in the section “For the authors”.

The authors of the journal are the scientists from various Russian scientific and educational organizations and also from CIS countries, near and far abroad. The publication is for scientific workers, lecturers of high school, post-graduate students and all who are interested in achievements of modern Russian science.

Full-size network versions of the issues of scientific journal “Tambov University Review. Series: Social Sciences” can be found in free access in Scientific Electronic Library  and on the journal website in Russian and English languages ((http://vestnik.tsutmb.ru/rus/); http://vestnik.tsutmb.ru/eng/) in the section “Archives”. The journal is included in data base of Russian index of scientific citation (RISC)

This work is licensed under a Creative Commons Attribution 4.0 International License